CBS and the Recording Academy® present the new two-hour special: A GRAMMY® SALUTE TO THE SOUNDS OF CHANGE, premiering Wednesday, March 17 9/8c on your CBS8! 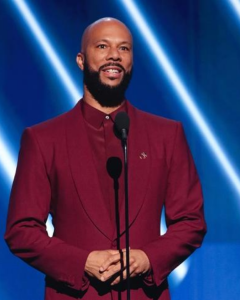 CBS and the Recording Academy® announce the new two-hour special A GRAMMY® SALUTE TO THE SOUNDS OF CHANGE, to be broadcast Wednesday, March 17 (9:00-11:00 PM, ET/PT) on the CBS Television Network. The special will air three days after THE 63RD ANNUAL GRAMMY AWARDS broadcast on Sunday, March 14 on CBS. Both specials are available to stream live and on demand on Paramount+.

Artists across genres will highlight the stories behind, and deliver personal interpretations of, the powerful music that inspired social justice and equality. Also, presenters from the worlds of entertainment, art and activism will look back at some of the most iconic GRAMMY performances and moments in history.

A GRAMMY® SALUTE TO THE SOUNDS OF CHANGE is produced by Jesse Collins Entertainment. Jesse Collins, Dionne Harmon, and Jeannae Rouzan-Clay are Executive Producers. Chantal Sausedo and Rob Paine are Producers.