There were several homes that were damaged by an EF-2 tornado that stuck the Billingsley community Wednesday night, while some homes were completely destroyed other homes sustained minimal damage. 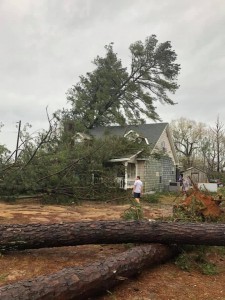 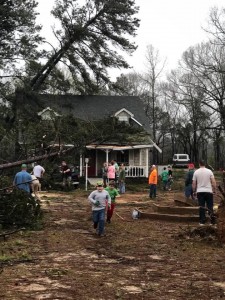 Carol Carter’s family home where her parents still reside was one of those damaged homes. Carol’s mother and father were safely inside the house when the tornado brought down pine trees on top of their home crushing parts of the roof and the tornado itself shifting the foundation of their home.

Despite all of the ciaos during the tornado no one was seriously injured and there were no human casualties. One family lost their dog from the tornado when their home was hit.

The community quickly came together to help those in need. Carol says that by the time she got to her parents home from work there was roughly 30 people outside trying to help clear away trees and other debris that had struck the home.

Carol tells us what happened the minute she found out the storm was headed in the way of her parents home. 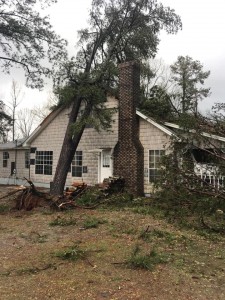 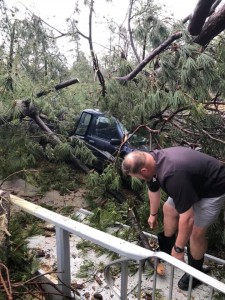 “I said y’all go ahead and clear out your closet that you get in, and get you a place ready. And so they had just done that and got her in the closet and daddy came back on the porch and he said the rain stopped so he went back in the house and when he tried to close the door, the pressure has shifted you know the pressure of the storm, he had to lean his whole body on the door to close the door. And then he said in five seconds all of this was done.” -Carol Carter.

The family is great full that no one was hurt even though they may loose their home if the foundation is in fact damaged.