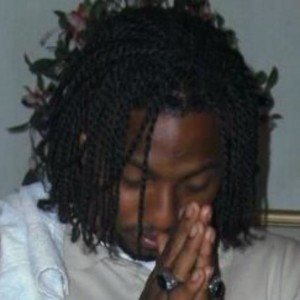 The Crenshaw County Sheriff’s Office is turning to social media to look for leads in a murder case from nearly 10 years ago.

DeLange Harris was found shot to death on Athens Church Road in the Goshen community on May 3, 2011 — just two days after his 25th birthday. He lived in Luverne, was a Brantley High School graduate and worked at Beacon Clinic in Luverne.

Over the years, reward money has been increased but there has been no arrest.

On Facebook, the sheriff’s office has posted a new message, saying in part:  “Sheriff Mears assigned Investigator Gray this cold case several months ago but has exhausted every lead.”

Alabama News Network has covered this story for years, as prayer vigils and balloon releases have been held. We profiled the case in a special report in 2014, speaking to DeLange’s parents.

“What happened to my child, I wouldn’t want to see it done, to not only no one else’s child, but no other individual. No not one,” his father John Harris told us.

John Harris had seen his son the morning of the murder.

Central Alabama CrimeStoppers is offering a $5,000 reward for information to be paid within 30 days of an arrest.  Another $20,000 reward will be paid after the conviction.  This brings the total reward to $25,000.

If you have any information regarding this crime, call the police or CrimeStoppers using the 24-hour tip line at (334) 215-STOP (7867). Make sure you receive a tip ID and password to talk with investigators in case there is a follow-up question.  You may also use the CrimeStoppers toll-free number, 1-833-AL1-STOP. 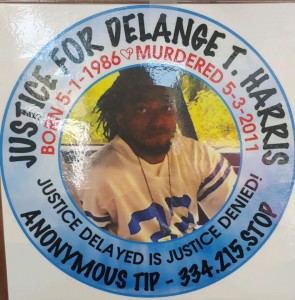 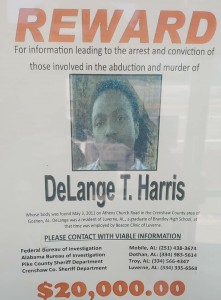