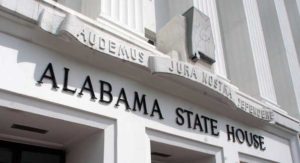 MONTGOMERY, Ala. (AP) — Alabama’s decades-old ban on yoga in public schools could stay in place a little longer. A bill that would allow yoga in schools stalled Wednesday in the Alabama Senate Judiciary Committee. During a hearing, two conservative groups objected because of yoga’s historic ties to Hinduism. The Alabama Board of Education voted in 1993 to prohibit yoga and meditation in classrooms. The bill by Democratic Rep. Jeremy Gray of Opelika would allow schools to authorize yoga if they choose. Gray began doing yoga as a college football player. He says the bill is about exercise and not religion.