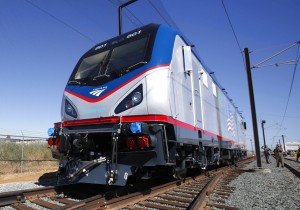 As President Biden released his $2.3 trillion infrastructure improvement plan, Amtrak hopes some of that money will be spent on expanding passenger rail service, including to Montgomery.

The president’s plan includes $80 billion for rail. If Congress approves, some of that money would likely go to repairing Amtrak’s existing lines, but there are plans to add up to 30 routes to connect up to 160 new communities nationwide.

Amtrak’s 2035 vision plan shows a new route connecting Montgomery to Auburn and to a hub in Atlanta. From there, a passenger could connect to many other cities.

Other new routes in the Southeast would connect Atlanta to Chattanooga and Nashville, and Atlanta to Macon and Savannah. 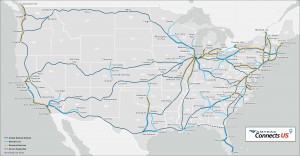 In a statement, Amtrak says if Congress provides the funding proposed in the President’s plan, Amtrak would be able to expand passenger service to underserved communities across the nation. It says that would create jobs, improve the quality of life, reduce carbon emissions and generate economic growth.

“President Biden’s infrastructure plan is what this nation has been waiting for. Amtrak must rebuild and improve the Northeast Corridor and our national network and expand our service to more of America,” Amtrak CEO Bill Flynn said.

Amtrak was created by Congress in 1971. It says it now needs Congress to approve this funding, give it a faster process to access freight rail lines and new enforcement tools for its existing right to preference over freight trains so that passengers can arrive on time.

President Biden unveiled his plan yesterday in Pittsburgh. He calls it his American Jobs Plan, which calls for infrastructure and green energy improvements over eight years.