MONTGOMERY, Ala. | Alabama State returns to Southwestern Athletic Conference (SWAC) action this week in Huntsville (Ala.) against Alabama A&M at the official midway point of the season beginning Thursday. 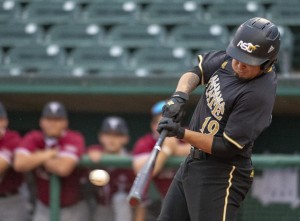 Meanwhile, Alabama A&M (1-10, 1-5 SWAC) enters the series after dropping their first two conference series of the year to Alcorn State and Jackson State.

The two teams will meet at Toyota Field, the home to the Rocket City Trash Pandas – one of the newest minor league teams in the Angels’ organization – for the first two games of the series, Thursday and Friday before facing each other in the series finale on the Alabama A&M campus Sunday.

First pitch for the games at Toyota Field are set for 6 pm.

Tickets for the games $10 each with gates opening to the general public at 5 pm both days. No outside food or drink will be allowed inside the stadium and chairs are not permitted. Please note that all bags will be checked prior to entry into the stadium.

Trenton Jamison continues to lead the Hornets at the plate hitting .389 on the season with five doubles and five home runs among his 35 hits on the season. He has also scored 17 runs and driven in a team-high 26 through the first 21 games. Meanwhile, AJ Gardner is hitting .356 with two doubles and three home runs while driving in 16 runs.

Alabama State won the season series back in 2019, winning four of the six games played, as the two did not play last season with the season being shortened due to COVID-19.