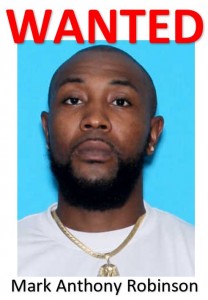 An $1,000 reward is offered for information leading to the arrest of Mark Anthony Robinson. Police say Robinson is wanted for Trafficking Narcotics, Escape and Failure to Appear on the original charge of Murder.

On March 17, Robinson was stopped by the Montgomery Police Department on a traffic stop and narcotics were located during the stop. Robinson was placed under arrest and subsequently escaped custody.

Robinson was charged with the January 7, 2018 Murder of Damion Clarke. The murder happened in the 5800 block of Cherry Hill Road. He failed to appear for the September 2020 court appearance.

Police consider Robinson a danger to the public.

If you have any information on his whereabouts contact Montgomery police or Crimestoppers at 215-STOP.