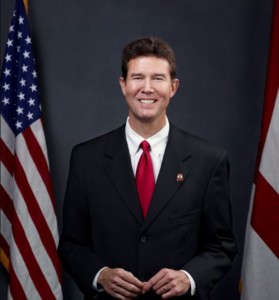 Alabama Secretary of State John Merrill has announced that he will not run for any elected office next year after saying he made poor choices that impacted his family.

Merrill is a prominent state Republican leader who was widely viewed as having higher political ambitions.

He told The Associated Press by phone Wednesday that he made choices that were not in the best interest of his family. He didn’t elaborate but had told media outlet al.com earlier that he had an inappropriate relationship with a woman outside his marriage.

Gov. Kay Ivey has issued the following statement regarding Merrill:

“It is always unfortunate when someone in public life, especially an elected official, betrays the trust of his family, his constituents and those who have supported him. My thoughts and prayers are with all who have been negatively impacted by these poor decisions and bad choices.”

Merrill was first elected as secretary of state in 2014 and says he will finish his term, which expires in January 2023. State law forbids him from seeking a third consecutive term in that position.