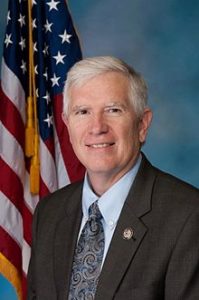 MONTGOMERY, Ala. (AP) – Donald Trump has endorsed Rep. Mo Brooks in Alabama’s 2022 Senate race, siding with the conservative firebrand who whipped up the crowd before the Capitol riot in January. Brooks’ campaign announced the endorsement Wednesday, a key prize as he and other rivals look ahead to Alabama’s all-important Republican primary. Trump’s endorsement should boost Brooks among Republicans hoping to replace six-term Sen. Richard Shelby. The opening sets up what could be a messy GOP primary at a time when the national Republican Party is trying to chart a direction following Trump’s departure. Brooks already has one declared rival in former Trump ambassador Lynda Blanchard.