Suspects Arrested and Wanted in the Theft of the Jefferson Davis Monument in Selma/Source: New Orleans Police Department

Two people have been arrested and one is still wanted after the historic Jefferson Davis Chair was recovered in New Orleans.

New Orleans Eighth District detectives said they received a request from the Dallas County Sheriff’s Office in Alabama for assistance recovering the concrete chair. The monument was taken from the Old Live Oak Cemetery in Selma earlier this week. 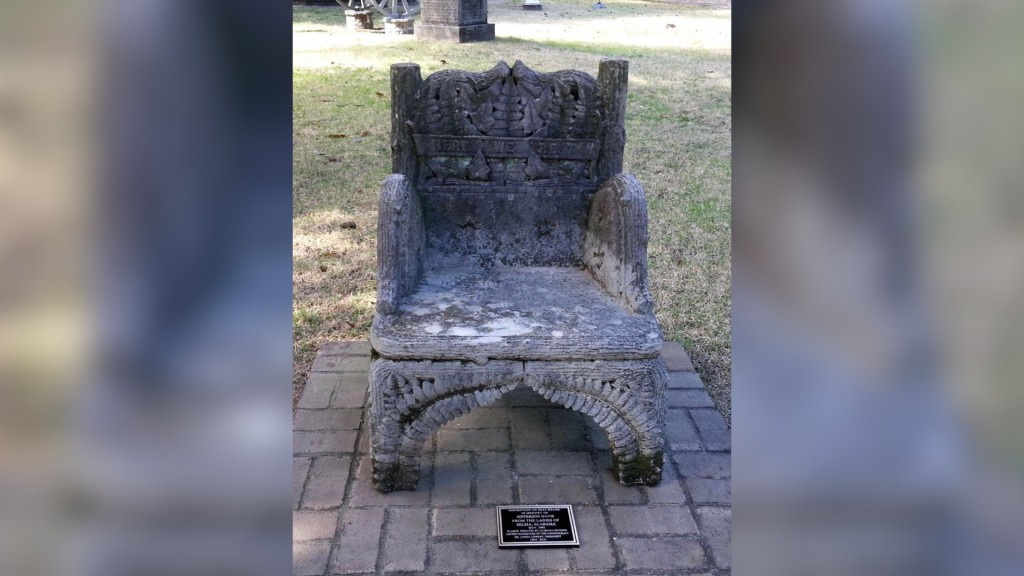 File photo of the Jefferson Davis Chair in Selma/Source: Daughters of the Confederacy

During the investigation, detectives received a tip that the chair was at a location near the intersection of Feliciana and North Galves Streets in the city.

The chair, which was seemingly undamaged, was found and recovered on April 8.

The chair is currently in police custody and will be released to its rightful owners.

New Orleans PD said Warnick, Diionno, and Pate are all linked to the theft of the chair and are facing possession of stolen property charges in the city.

Anyone with information regarding to stolen chair is asked to contact the New Orleans Eighth District detectives at 504-658-6080.