A Selma teen is dead — and two others are behind bars on murder charges — following a weekend shooting in Selma.

Seventeen year old Amari Bonner was shot in the lower back Saturday and died at the Vaughan Regional Medical Center E-R. 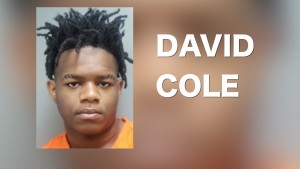 Sixteen year old David Cole was arrested and charged with capital murder in his death.

“We was able to determine after interviewing witnesses that the incident actually occurred in the 800 block of First Avenue during an apparent shootout between individuals,” said Sgt. Ray Blanks.

“You had a car riding by. They shoot into a crowd. Somebody in the crowd shoots back,” said Jackson.

Councilwoman Jannie Thomas says people in the neighborhood have been raising concerns about violence at the store for years.

“People have got murdered right there out front, got shot. We done had robberies at the store, we done had people got robbed coming from the store, going to the store,” said Thomas.

“We done had gunshots been fired into homes.”

Police say they don’t know if the shootout was gang related — however the case remains under investigation.

“But we do have strong belief that this is tied to the Selma High shooting,” said Blanks.

Moreover, DA Jackson says he plans to file papers to have the juvenile suspects in both cases — charged as adults.

“If you wanna play adult, you gon’ be treated as an adult,” he said.

“All this retaliation has to stop. This ain’t the wild west.”

Bonner’s death is the 3rd homicide in the city this year.