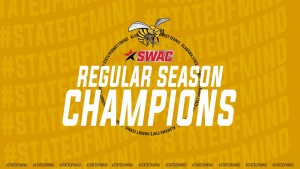 On the men’s side, Alabama State (7-5, 5-0 SWAC) earned the top seed after dropping just three points in their five conference matches. The Hornets are in search of their fourth consecutive conference tournament championship, and fifth in the last six years after winning in 2015.

Meanwhile, on the women’s side, Alabama State (6-6, 6-1 SWAC) earned the top seed by virtue of the conference’s tiebreakers after the Lady Hornets found themselves tied with Jackson State and Prairie View A&M with identical conference records. Alabama State is in search of its fourth consecutive conference championship after the 2020 season was cut short.

Alabama State, by virtue of the top seed, receives a bye to the semifinals on Saturday at 9 am against the winner of the Alabama A&M and Alcorn State match.

The tournaments will be held at the City Park/Pepsi Tennis Center in New Orleans (La.) this Friday-Sunday (April 16-18), with the winners receiving an automatic bid to the NCAA Tournament.