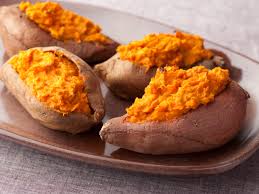 Alabama now has an official state vegetable: the sweet potato.

Gov. Kay Ivey’s office said Friday that the governor signed the bill naming the sweet potato as the state vegetable.  A

Like others, the bill to elevate the tuber started as a classroom idea. A Harvest homeschool class submitted the idea.