Ivy Classical Academy Presented their plans for a new charter school at the Prattville City Council meeting Tuesday. Ivy classical academy received approval to open up a charter school in Prattville, now they just need approval for the High Point location where they want the school to be built.

They believe using the High Point location will help save with the building costs for the school, since the building is already constructed and has been vacant for a long time. Bradley Neave, Board Chairman of the Ivy Classical Academy took time to dispute rumors that were advertised about the charter school. 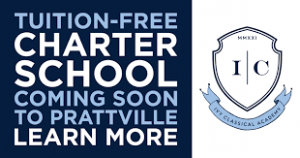 He says they have never attempted to ask the city for money, and despite what people think, they are a public school.

The City Council has not voted yet on whether or not the school will get the location and funding approved.