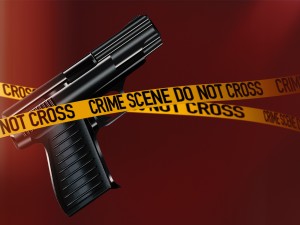 The Montgomery Police Department is conducting a homicide investigation in the killing of Queneisa McReynolds, 34, of Montgomery.

Queneisa McReynolds was shot and killed on the night of Sunday, April 18 at 10:00. MPD and Fire Medics responded to the 2300 block of Day Street where McReynolds was found suffering from the fatal gunshot, she was rushed to a local hospital where she was pronounced dead.

The circumstances surrounding this shooting remain under investigation. No arrests have
been made at this time and no additional information is available for release in
connection to this continuing investigation.

MPD asks that if you have any information on this shooting that you contact Crimestoppers
at 215-STOP.

Officer Convicted of Murder Still gets Paid in Huntsville