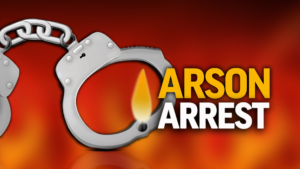 A witness met fire units and stated smoke coming from Apartment #245. The witness said he located Shawanda Stoudemire inside the apartment yelling for Help, prior to fire unit’s arrival. He said he attempted to extinguish the fire with water but was uncertain if it was completely out.

It was minor damage done to the whole apartment as the fire was contained to a single room.

Stoudemire admitted to cooking on the bedroom floor to the witness but fire investigators located a blue lighter on the floor near the fire.

Officer transported Stoudemire to Montgomery Police Station for interviewing, and there she admitted to fire investigators that she started the fire. Police arrested her and charged her with Arson 1st.