A Selma man gets two consecutive life sentences — after pleading guilty to two counts of felony murder. But the victims’ families don’t like the deal — and are unhappy with the outcome.

Thirty-five year old Beonridge Bradley shot and killed Kervina Woods — his estranged wife — as well as Donyea’ Williams back in 2013. 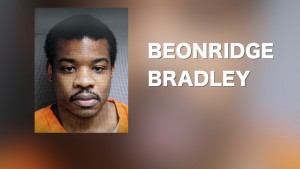 Bradley was charged with capital murder — before accepting the plea agreement. Jim Standridge was one of his defense attorneys.

“This case like all cases are resolved by either a trial or an agreement. In this case it made sense to make an agreement,” said Standridge.

“Mr. Bradley’s accepted responsibility for his part in this and has agreed to serve two life sentences.”

“For all essential purposes, Mr. Bradley will be in prison the rest of his life. It’s two consecutive life sentences. He’s gon’ die in prison,” said District Attorney Michael Jackson.

“As you know domestic violence is a terrible thing. It sometimes leads to murder. And this is what has happened.”

The grieving families of the two victims however, are disappointed with the plea deal. They wanted a sentence of life without the possibility of parole — or for Jackson to take the case to trial — and take his chances with a jury.

“As the district attorney I represent the state, I represent the community, I represent the family. Looking at all the circumstances on this this was the best plea. This guy has two consecutive life sentences. He’s gon, be in prison the rest of his life,” said Jackson.

Jackson says the next step in the case — is to prosecute Eddie Irvin — Bradley’s co-defendant in the case.