Teenager Killed in Wreck on I-85 in Macon County 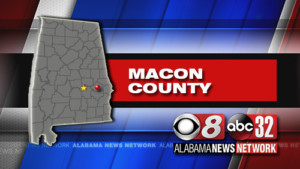 Alabama State Troopers say a teenager has been killed in a one-car crash on Interstate 85 in Macon County.

Investigators say an 18-year-old female from LaFayette was killed in the wreck that happened at about 7:31 a.m. today.

State troopers say she was killed when the car she was driving ran off the interstate and hit a tree.