Alabama to Keep All Seven U.S. House Seats after 2020 Census 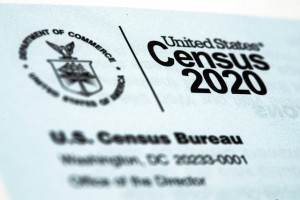 U.S. Census results have brought welcome news to Alabama state leaders. Alabama’s population will allow it to keep all seven of its current seats in the U.S. House of Representatives.

There had been concern that with faster growth in other states, Alabama would lose a seat and see its influence in Washington reduced. The state would have also had to have been redistricted into six congressional districts.

The first data from the U.S. Census shows Alabama has grown to a population of 5.03 million. That is up from 4.8 million in the 2010 Census.

“This data reveals what we’ve known all along – Alabama is a great state to call home, and many are choosing to do so,” Gov. Kay Ivey said in a statement. “I am extremely pleased that we will keep all seven of our current seats in the U.S. House to provide valued and needed voices to advocate for our state and our people for the next 10 years. Our success in the census was certainly a group effort across the entire state, and I offer my heartfelt thanks to everyone who played a part.”

“This probably means hundreds of millions of dollars to Alabama’s federal funding over the next 10 years,” Political Analyst Steve Flowers said. “It’s been thought for two or three years that Alabama was probably going to lose one of their seven seats in the congressional delegation because of the census count, but undoubtedly, Alabamians did a good job in the census and we barely survived with keeping all seven seats.”

The data released on Monday is limited to statewide populations totals only. The more detailed county, city and census tract level data needed for legislative redistricting will be released in August and September, according to the Census Bureau.

More information from the Census Bureau is available here.