It’s been just over two weeks since the city of Selma recorded its 4th murder of the year — and there’s still been no arrest in the case. 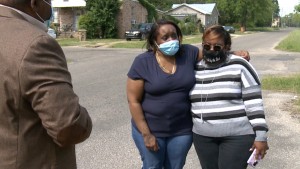 Now the mother of the victim — is speaking out.

Streeter was shot around the intersection of Philpot Avenue and Mabry Street on April 12th. He died later that night at the hospital.

Police continue to investigate however there have been very few leads in the case — and no arrests.

“I just want to know, why did that person shoot him? Why could that person take his life like that, from his family and everything,” she said.

Anyone with information that could help investigators — call Selma Police at 874-21-25 — or Crime Stoppers at 215-STOP.