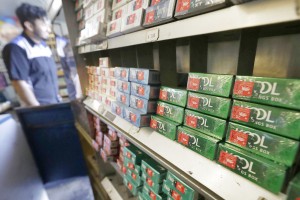 U.S. health regulators are pledging again to try to ban menthol cigarettes. This time the Food and Drug Administration is under pressure from African American groups to remove the mint flavor, which is popular among Black smokers.

Research has shown the numbing effect of menthol makes it harder for smokers to quit. Menthol is the only cigarette flavor that wasn’t banned more than a decade ago.

Government efforts to prohibit the flavor since then have faced pushback from the tobacco industry and some members of Congress.

However, the American Civil Liberties Union (ACLU) says it has concerns over the ban and “racial justice implications.”

“There are serious concerns that the ban implemented by the Biden administration will eventually foster an underground market that is sure to trigger criminal penalties which will disproportionately impact people of color and prioritize criminalization over public health and harm reduction.”