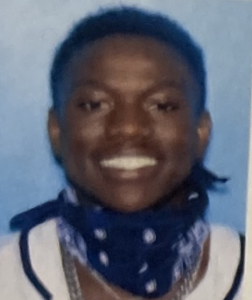 The Greenville Police Department says an armed robbery suspect has been identified and is in custody.

On Monday, April 26. The Purple Cow gas station on 1007 Fort Dale Road in Greenville was involved in an armed robbery. The store clerk told authorities that a black male wearing a mask entered the store and pointed a gun at him demanding money from the register.  The clerk gave him a small amount of cash from the register and the suspect left the scene.

After collecting evidence from the scene and further investigation, investigators were able to locate the suspect, 20-year-old Tyler De’Arrius Hill from Lincoln, Alabama. Hill was charged with First Degree Robbery and has a hold placed on him through Calhoun County where he was already in custody for a previous offense. He will be extradited to Greenville when he is released from the charge he is currently being held on in Calhoun County.