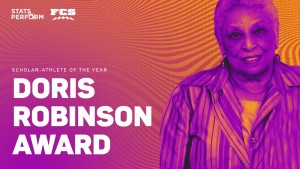 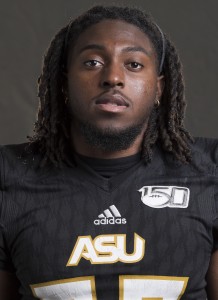 CHICAGO | Thirteen FCS players – one from each conference in college football’s Division I subdivision – were announced as finalists for the STATS FCS Doris Robinson Scholar-Athlete Award, including Alabama State running back Ezra Gray.

A graduate student competing in his final year for the Hornets, Gray was named the FCS-ADA Scholar Athlete of the Year and was also named a finalist for the William V. Campbell Trophy – considered the Academic Heisman – this past year. He finished the spring season leading the conference in rushing, earning First Team All-Conference honors, and was named a BOXTOROW All-American late last week.

Named after the late school teacher and wife of legendary Grambling State coach Eddie Robinson, the sixth annual award is presented to an FCS student-athlete who excels not only in the classroom, but in the community and beyond.

ASU Softball: Alabama State comes from behind in extra innings to take down Southern and advance to SWAC Championship

ASU Softball: Alabama State scores a pair in the sixth to stay alive in winner’s bracket at SWAC Championship