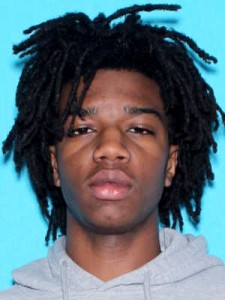 A tip to Central Alabama CrimeStoppers is being credited with the capture of a suspect wanted for two counts of capital murder.

The U.S. Marshal Service Gulf Coast Regional Fugitive Task Force’s Montgomery office was able to arrest Matthew Clayton. He was taken into custody this morning at a home in the 300 block of Calloway Street in Montgomery.

Clayton, 18, known as “Lil Sam”, was wanted by the Montgomery Police Department for two counts of capital murder that occurred on April 3. The killing happened in the Troy Highway/Christine Elizabeth Curve area.

The victim was identified as Jamarcus Jordan, who died at a hospital.

A reward from CrimeStoppers is being offered to the tipster.