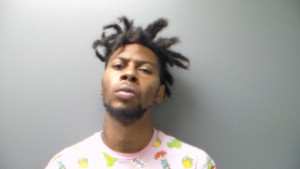 Police say yesterday afternoon, they responded to a report of an unresponsive man at a home on Cactus Lane. When officers arrived, they say they found Starks dead inside the home.

During the investigation, police say they found that several shots had been fired into the home. Police think at least one of those shots hit and killed Starks. His body has been taken to the Alabama Department of Forensic Science for an autopsy.

Investigators say Griffin is being held in the Pike County Jail without bond.