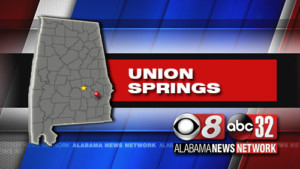 Union Springs Police Chief Ronnie Felder has confirmed to Alabama News Network that an investigation has been launched into the deaths of two people.

He says the bodies of a man and a woman were found inside a mobile home in the 800 block of Williams Street.

Felder says two people of interest have been taken into custody, but there have been any arrests.