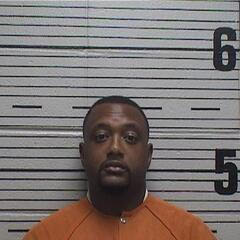 Prattville police are investigating a shooting that happened Monday night that has left a woman dead.  26-year-old Adriguez Laderrion Harris has been arrested and charged with murder.

The shooting happened on Prestley Street at around 6:15 p.m.

Harris is being held in the County Jail under a $250,000 cash bond. He was also treated for an apparent gunshot wound.

Police say the woman, who’s name hasn’t been released, died at Prattville Baptist Hospital shortly after she was taken there.

Police say the shooting happened during an argument between the victim and another female about their children, with Harris getting involved. At the time shots were fired, police say the victim’s children were in the apartment with their mother.

UPDATE: Ten People, Including Nine Children, Killed in I-65 Crash in Butler County