The Alabama Hospital Association celebrated 100 years on Thursday by planting an oak tree on their campus signifying their statewide strength and unity.

The association was founded in 1921 with the mission to support hospitals in effort to provide quality healthcare to all Alabamians. The tree planting symbolized their past, their historic year during the pandemic, and their hope for the future.

Each of the association’s members also received a small oak tree to plant on their campuses. The trees will be planted to show the unity and shared bond of hospitals statewide. 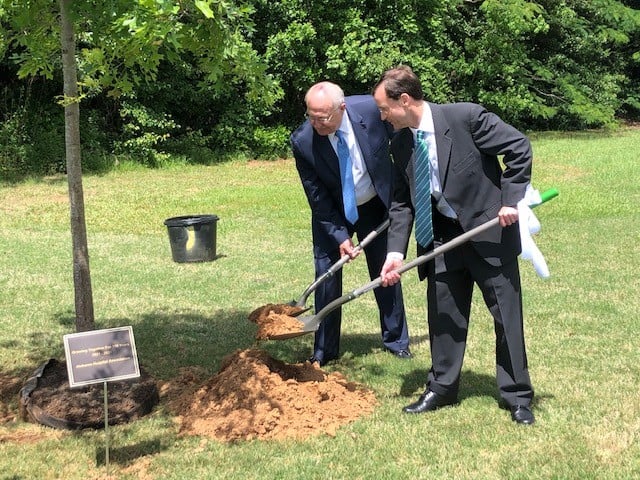 Association leaders looked back on not only the last 100 years but also on the efforts made during the pandemic.

“I think you have to be enormously proud of the success we’ve made in healthcare,” Alabama Hospital Association President Dr. Don Williamson said. “COVID-19 started out with a death rate of about two percent, now most people recognize the death rate is less than one percent. That’s not because the virus changed. It’s because we became better at taking care of patients.”

Williamson said he is hopeful the anniversary is also marking the beginning of the end of the pandemic.

The anniversary celebration was just part of a whole week of festivities for the Alabama Hospital Association during “Hospital Week”.