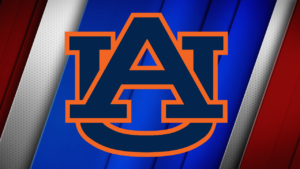 AUBURN, Ala. – Postseason bound for the 16th time in program history, the Auburn softball team was selected as the two seed in the Tallahassee Regional hosted by No. 7 Florida State.

“It really speaks to our schedule and the strength of the SEC that we’re a number two seed,” said head coach Mickey Dean. “It’s going to be a tough regional. UCF is a tough team. I’ve played them in the past. They are well coached, and they have some great players. Florida State, Kennesaw State – we’ve split with both of them this year. We’re excited to be going and are looking forward to getting started.”

2021 marks the third time that Auburn has played in Tallahassee for a NCAA Regional. The Tigers made appearances in the Tallahassee Regional in both 2002 and 2018, Dean’s first season on the Plains. The Tigers opened the 2018 Tallahassee Regional with a 5-2 win over Kennesaw State. Auburn fell to host Florida State in eight innings, 2-1, before being eliminated by Jacksonville State, 3-2. Florida State would go on to win the regional and the 2018 Women’s College World Series.

Auburn has faced both Florida State and Kennesaw State earlier this season as the Tigers hosted the squads for a nonconference tournament back in March. Auburn split a pair of games against each team of the course of the tournament.

The Tigers are 11-18-1 overall against Florida State and hold a 4-9 record in games played in Tallahassee. Auburn is 5-2 all-time against Kennesaw State. The Tigers are facing UCF for the first time since 2016 and are undefeated against the Knights with a 2-0 overall record.