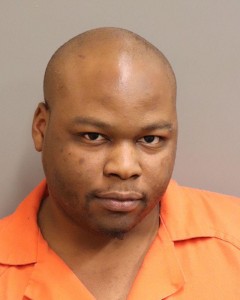 The Montgomery Police Department is investigating the homicide of Wilman Jones, 85, of Montgomery. Ronnie Hawkins, 27, of Montgomery, has been identified as the suspect, he was charged with one count of Capital Murder and one count of Attempted Murder. After the offense, he was taken into custody and placed in the Montgomery County Detention Facility.

On Friday, May 14, at about 1:20 p.m., MPD and Fire Medics responded to the 2900 block of Pelzer Avenue in reference to subjects shot. At the scene, they found an adult female victim and Jones who both sustained life-threatening gunshot wounds. Both victims were transported to a local hospital for treatment however, Jones later succumbed to his injuries as a result of the gunshot wound.

The circumstances remain under investigation. No additional information is available.