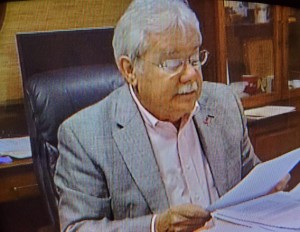 The city of Troy has lost a political giant with the death of former mayor Jimmy Lunsford.

Lunsford was in public service for more than 30 years, taking office in 1982 as one of the city’s commissioners. He was mayor from 1985 until 2012, when he decided not to run for re-election.

We received confirmation of Lunsford’s death from current Mayor Jason Reeves, the man who succeeded him.

“It is hard to imagine Troy without Jimmy Lunsford. Mayor Lunsford devoted his life to this community and left an indelible impression on it and its people. We are saddened and shocked by his loss. We pray for Miss Faye, Jim, Holly and their family and thank them for their service of sharing him with our community, which has forever been changed by his service.” 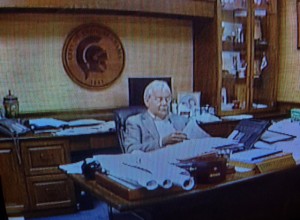 In an interview with Alabama News Network as he packed up his belongings in the mayor’s office in 2012, Lunsford said he was proud of his accomplishments, which included growing Troy’s population by 6,000 in his 30 years in city government.

“And I said, you know, we’re kind of on top. This is a great time for me to say, okay, I think I’m going to let the younger guys come in and do something for awhile,” he told us then.

He said his biggest achievement was to improve the economy, while keeping Troy’s small-town charm.

“I’m just as proud of the Lockheed Martins and the Sikorskys and the CGIs and the Golden Boys — we’ve recruited from out of state — but I’m even more proud of the KW Plastics, the Hendricks Company, the local people,” he said. 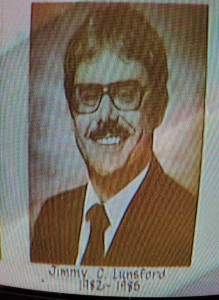