The Rooster Bridge near Demopolis was originally built 102 years ago. It’s construction closed the only gap in a highway that stretched from coast to coast. 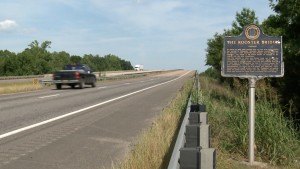 Hundreds of people use the bridge every day now — without much of a thought. But the Rooster Bridge has an interesting history.

“You talk about an idea being out of the box. Well this is about as out of the box as they ever get. Who’d sell a rooster to build a bridge?”

But that’s exactly what the people in the Demopolis area did back in 1919.

“There was no bridge between Marengo and Sumter counties. And the people of Demopolis and the area got together and said let’s have an auction. We’ll raise enough money to build a bridge,” said Collins. 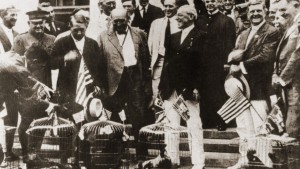 “We got President Woodrow Wilson to sponsor a rooster. They had the leaders of Great Britain and Italy and France and even the king of Belgium, all sponsored roosters,” said Kirk Brooker with the Marengo County Historical Society.

“Our very own Helen Keller also, now she decided it was not very lady like to sponsor a rooster, so she sponsored a little blue hen. It became an international event before the event was even happening.”

“On paper, it was a tremendous success,” said Brooker. 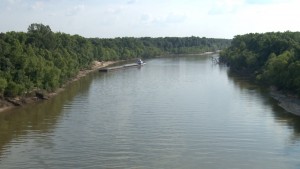 “The bridge opened as the Memorial Bridge in 1925. It was officially renamed the Rooster Bridge in 1971.

The history about the bridge and the auction is taught to Demopolis school students each year.

It’s something that they get a chance to go home and share with their parents and talk about what they learned about their local community.

The Marengo County Historical Society and the city of Demopolis — even started a Rooster Day outdoor festival and celebration — in 20-16.

Rooster Day has been postponed — due to COVID-19. Organizers says it will be rescheduled for sometime this year. And will be announced as soon as a date is selected.