The Assistant Fire Chief in Selma — has been indicted by a Jefferson County grand jury.

Franklin Edwards — is charged with leaving the scene of an accident with injury. 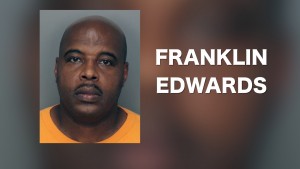 According to court records — Edwards was involved in a two-vehicle crash with a motorcycle back in June of last year on Interstate 59.

Twenty two year old Matthew Sartin of Pineville, LA died as a result of the accident.

Court documents show bail in the case was set at $10,000 dollars.

The case will now be assigned to a Jefferson County Circuit Judge.

Then Edwards will be arraigned — where he’ll be informed of the charges against him — and the trial date will be set.

French Open updates | 2016 champ Muguruza out in 1st round