Attorneys for a man who died during an incident involving Montgomery police last week are speaking out against the police department for what they say was the murder of an unarmed Black man. But Montgomery Mayor Steven Reed and District Attorney Daryl Bailey say those attorneys are ignoring the facts of the case. 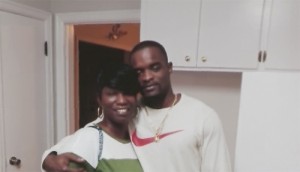 Gary Moncrief died Tuesday night, May 18, outside the Microtel hotel near exit 11 off Interstate 85 in Montgomery.

Attorneys Michael Strickland and Dewayne Brown were gathered with members of Moncrief’s family outside the Alabama Supreme Court building for a news conference, where they said Moncrief was the latest Black man in this country to die at the hands of police. They say he was unarmed when a Montgomery police officer shot and killed him as he sat inside the back seat of a car.

Strickland says he has watched security video provided by the hotel. He says he has not watched other video that the State Bureau of Investigation has as it investigates what happened. He wants the U.S. Department of Justice to take over the case.

But Montgomery County District Attorney Daryl Bailey and Montgomery Mayor Steven Reed held their own news conference, saying it’s in the best interest of the city to tell the facts.

Bailey says that while the SBI investigation isn’t complete, it is his opinion that no arrests will be made.

He says that an Alabama Department of Forensic Sciences autopsy shows that Moncrief killed himself. He says the state medical examiner says Moncrief put a gun inside his mouth and fired, killing himself instantly. Bailey says video shows glass flying out of the back window of the car, showing the shot came from inside the car, not outside the car, and that a 9mm pistol was found at Moncrief’s feet.

Bailey says Moncrief did have what he called a “graze wound” on his forehead. He says that presumably came from a rifle fired by a Montgomery police officer who shot into the car after seeing the gunfire from inside it. He says the medical examiner has said that the wound would have been non-life threatening.

Montgomery Mayor Steven Reed had strong words for the Moncrief family’s attorneys, saying their news conference was a publicity stunt.

“Lawyers can do a lot of good in this world, but lawyers can also be liars. It think what we have is a liar in the midst,” he said.

Reed compared the attorneys to pimps and hustlers, saying they are using the anniversary of George Floyd’s death at the hands of Minneapolis police to exploit the emotions of the family, community and the state. He says they are selling out their community for 30 seconds of fame and are guilty of race-baiting. He says they are seeking a settlement for themselves and not for the Moncrief family.

“My heart goes out to the family of Gary Moncrief,” Reed said. He says he can’t imagine the pain they are going through.

Strickland says Moncrief’s estate will be opened soon. After that, he says he plans to file a wrongful death lawsuit and zone of danger lawsuits on behalf of the three family members who were inside the car when Moncrief died.

Bailey says police had been seeking Moncrief at the time he was located at the Microtel hotel. He said police had received a 911 call from a juvenile regarding Moncrief. Bailey says the boy’s mother was Moncrief’s girlfriend, and Moncrief had kidnapped her at gunpoint after firing a shot and dragging her out of a home by her hair.

Bailey says the two were on their way to Georgia, when the woman said Moncrief alluded to shooting himself and said he wasn’t going to go back to jail. Bailey says Moncrief had an arrest record.

Bailey says the woman convinced Moncrief to return to Montgomery and he went to the Microtel. She called police to tell officers of his whereabouts. Police arrived at the hotel and waited for him to come out.

Moncrief’s attorneys say the family was parked outside waiting for him in the car, so they could take him to the police themselves. 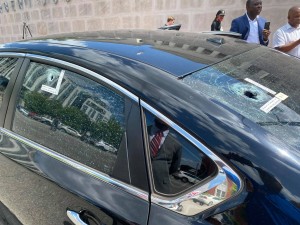 Both sides agree that Moncrief got into the back seat as a police SUV pulled up behind the car. That’s when their accounts differ greatly as to what happened next.

Bailey says if the family or their attorneys have information, they should come forward so that it can be presented to a grand jury. It would be up to the grand jury to decide whether there’s evidence to send the case to trial.