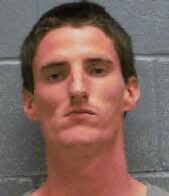 The Auburn Police Department announced a felony arrest made on Wednesday, May 26. Auburn police arrested Dewayne Carson Hill, 23, of Phenix City and charged him. The charges are: Unlawful Breaking and Entering into a Motor Vehicle and Theft of Property 2nd Degree.

The arrest stems from a report on May 25 to Auburn Police of an auto burglary. The victim reported an unidentified male unlawfully entered the vehicle and took property. The incident in question occurred in the 2400 block of Moores Mill Road.

Police later developed Hill as a suspect and after further investigation were able to identify him as the offender.

Officers transported Hill to the Lee County Jail where he has a $6,000 bond.