A Selma man gets a 30 year sentence — after he pleads guilty to a 2016 shooting at a Selma nightclub.

District Attorney Michael Jackson says Rickey Suttles got into an argument at the Grown and Sexy Club. Then went out to his car — got a gun — and started shooting into the club. 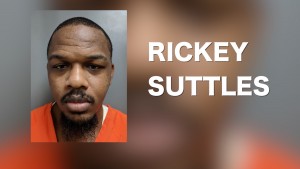 Jackson says a man who was not involved in the altercation — ended up getting shot.

“And received a twenty year sentence on a shooting into an occupied building charge. And 10 years on Assault 2nd,” said Jackson.

“This is another gunslinger we’re getting off the streets. This is the kind of violence that we’re trying to stop here. Again, Selma’s not the wild, wild west.”