Katie Boyd Britt Resigns as President & CEO of the Business Council of Alabama, Is U.S. Senate Bid Next? 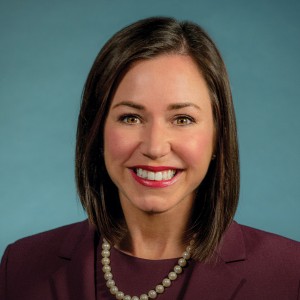 The Business Council of Alabama has announced that President & CEO Katie Boyd Britt is resigning to pursue other opportunities. Her resignation is effective June 4.

Before joining the BCA in 2019, Britt was chief of staff for U.S. Sen. Richard Shelby (R-Alabama). She has been mentioned as a possible candidate to succeed him, after he announced earlier this year that he would not seek re-election to a seventh term in 2022.

Alabama News Network Political Analyst Steve Flowers says if Britt decides to run, she would be a strong candidate, especially in the state’s business community.

Currently, the Republicans in the race are U.S. Rep. Mo Brooks of Huntsville, who has the endorsement of former President Donald Trump and Lynda Blanchard of Montgomery, who served as Trump’s ambassador to Slovenia.

“One of my greatest prides at BCA has been bringing the previously forgotten back into the fold – our small businesses on Main Street, and the rural businesses and industry that are the heart beats of local communities in every corner of our great state,” Britt said in a statement. “We have relentlessly fought for the things that matter most to hardworking Alabamians trying to earn livelihoods, build lives and raise families. Certainly, some of our toughest, yet most rewarding, battles have come the past year during the pandemic. We helped lead the successful charge to Keep Alabama Open, and spearheaded the push to protect businesses from frivolous COVID lawsuits.”

Robin Stone will serve as interim executive director of BCA while a permanent president is sought.