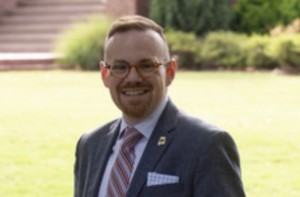 Josh Pendergrass, a former communications director for Gov. Kay Ivey and the Alabama Policy Institute, has announced that he is running for the Alabama House of Representatives in District 88. Pendergrass will run as a Republican.

The district represents parts of Autauga and Elmore counties, including Prattville, Millbrook and Coosada.

“I humbly come before the people of District 88 with a desire to make a difference,” Pendergrass said in a statement. “I’m concerned that the American Dream is becoming less and less of a reality for more and more people, and we need a representative who will change that. Our district needs a voice that will stand up for truth who will fight hard to grow educational opportunities and will be a catalyst to help bring good-paying jobs to our community.”

Pendergrass is a small businessman, Baptist pastor and lawyer. He and his family live in Prattville.

Pendergrass holds a bachelor’s degree from Lambuth University, a Masters in Theology and a law degree from Faulkner University in Montgomery.

The District 88 seat is currently held by Rep. Will Dismukes (R-Prattville).