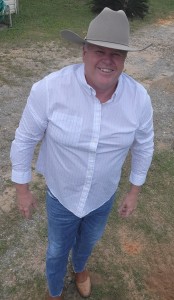 Enterprise businessman Chad Chig Martin says he will run for Alabama governor in 2022 as an independent candidate. He says he wants to offer an alternative to the traditional two-party system in the state.

“I will use my skills as a businessman to recruit high tech, high paying jobs with benefits to all parts of Alabama,” he said in a statement. “I believe that people cannot not depend on the government and must take matters into their own hands to acquire health insurance and livable wages. I will personally be involved on a daily basis in the recruitment of new industry.”

Martin graduated from Enterprise High School in 1986 and received a full football scholarship to the University of Tennessee Chattanooga, graduating in 1991.

Martin supports a state lottery and says he wants to decriminalize and offer free trade among cannabis companies in the state.

As an independent candidate, Martin would face the Republican and Democratic nominees for governor on November 8, 2022.