Pay As You Waste: South Korea Makes Residents Pay for Food They Waste

Food waste in the United States is on the rise, with Americans tossing out about 150,000 tons every day. That’s about a pound of food per person. It’s a global problem, and lawmakers in South Korea decided to solve it by making people pay for what they waste. 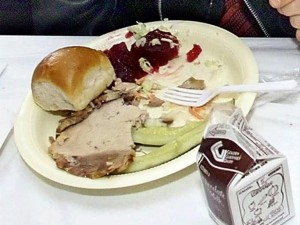 When dining out, South Koreans typically have free and unlimited side dishes. When diners don’t finish their food, it goes to waste. But instead of just chucking the leftovers in the trash, restaurant owners are now required by law to separate the food waste for recycling.

It is the same at home. Residents pay for every pound of food they toss, either in a prepaid bag, or a machine that weighs the waste.

Rotting food is a major problem for the environment. It produces 7% of all greenhouses gases worldwide, according to the UN Food and Agriculture Association, and garbage collectors in South Korea say it smells bad, too. It was that stench of rotting food from landfills that mobilized South Koreans to make a change.

Activist Kim Mihwa says intense protests in the 1990’s forced the government to help turn a nation of food wasters into food recyclers.

South Korea’s system is not perfect, though. There is still a lot of food waste to recycle, and processing plants are struggling to make a profit, as most provide their services for free.

Most residents say that as long as the smell stays away, they are happy to continue to pay.