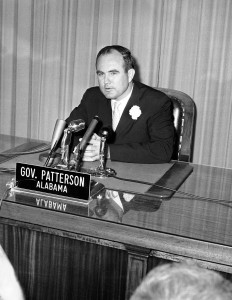 File – This May 23, 2961, file photo shows Alabama Gov. John Patterson telling news conference in Montgomery, Ala., that the federal government is responsible for rioting in the capital city.  (AP Photo/Horace Cort, File )

Former Alabama Gov. John Patterson has died at the age of 99. His daughter says he died Friday.

Patterson entered politics as a reformer after his father’s assassination but was criticized for failing to protect the Freedom Riders from angry white mobs.

A segregationist as governor, he drew criticism when Freedom Riders were attacked while in Alabama.  Patterson did nothing to protect the activists who were seeking to integrate bus waiting rooms and lunch counters.

He later voiced regret for what happened. He ended his political career on the Court of Criminal Appeals, where he continued to write opinions into his 80s.

“I am sending my prayers to the family and loved ones of former Governor John Patterson as they mourn his passing,” Gov. Kay Ivey said in a statement.

Funeral arrangements are pending, according to his daughter, Barbara Patterson Scholl. 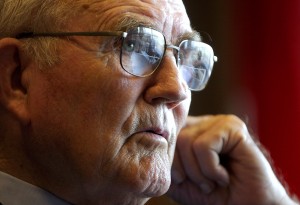 File – This May 27, 2004, file photo shows former Alabama Gov. John Patterson reminiscing about the death of his father, attorney general-elect Albert Patterson during an interview with the Associated Press in Montgomery, Ala. (AP Photo/Dave Martin, File)