A man wanted for a shooting in Montgomery is now in police custody. United States Marshals Gulf Coast Regional Fugitive Task Force took Wiljam McBryde, 25, into custody on Friday, May 28. 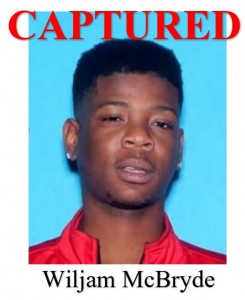 A Crimestoppers tip notified authorities that McBryde was at a fast food restaurant in the 1100 block of Ann Street in Montgomery. Police were able to take McBryde into custody without incident.

The person that provided the information the McBryde’s whereabouts will receive a cash reward.