Juneteenth: Together We Triumph – A ‘Soul of a Nation’ Special Event

‘Juneteenth: Together We Triumph – A ‘Soul of a Nation’ Special Event’ Premieres Friday, June 18 at 8PM on your local ABC32! 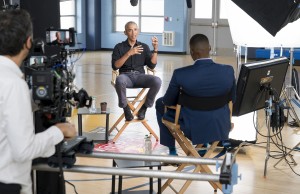 “We’re not all going to live in a perfect kumbaya society. But we can make it better by working and by reaching out and by assuming the best in each other. And if enough of us do that, we move that boulder up the hill.”

A collaboration between ABC News and ABC Entertainment, “Juneteenth: Together We Triumph – A ‘Soul of a Nation’ Special Event,” will present an enriching evening of celebration and resilience in observance of Juneteenth, the holiday commemorating when the enslaved persons in Texas learned of their freedom. Leslie Odom Jr. will guest host two hours of intimate storytelling and powerful tributes with performances by Jimmie Allen, Chloe Bailey (of Chloe x Halle) and Leon Bridges.

This powerful special event will include the following stories by ABC News anchors and correspondents:

“Soul of a Nation” and its respective specials on the year after George Floyd’s murder and observance of Juneteenth are the latest original programming from ABC News. This is the second consecutive year ABC News is producing a special to honor the history and significance of the Juneteenth tradition. In 2020, ABC News’ primetime special “Juneteenth: A Celebration of Overcoming”.

Watch below for more on Soul of a Nation.

For Its Milestone 30th Season, ‘Dancing With the Stars’ Reveals Its First Two Celebrity Contestants, Suni Lee and Jojo Siwa

NEW Aug 23-24: ABC's "The Ultimate Surfer" Is Breaking Out Some Sweet Moves for Surf Fans Coast to Coast!

One Person Killed, Another Injured in Montgomery Shooting