The investigation continues into a shooting in Valley Grande that left one man dead — and another man charged with capital murder.

“To kill somebody over roughly a hundred dollars, it makes no sense,” said District Attorney Michael Jackson. 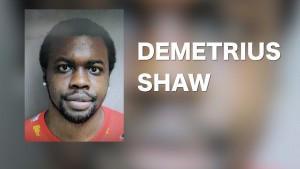 Dallas County deputies found Sturdivant lying in the road unresponsive when they arrived on the scene. They also found Shaw — holed up in a trailer.

“We had a standoff and people were outside. So, it got pretty hairy situation at one time. Cause he was refusing to come out,” said Sheriff Mike Granthum.

“We had his house surrounded, we actually had the state SWAT team in route to help get this subject out the building. We knew he was in there, we could see him peek through the blinds. And we knew he was armed. He had just shot somebody. But after about 30 to 45 minutes we was able to talk him out. He came out. We took him custody and interviewed him. He has since been charged with capital murder,” Granthum said.

Shaw is now being held in the Dallas County Jail — without bond.

“This guy is where he belongs. If he don’t have no more respect for life than that, he’s right where he needs to be,” said Granthum.

Shaw was arraigned in Dallas County Circuit Court Tuesday afternoon. And a preliminary hearing has been set for August.