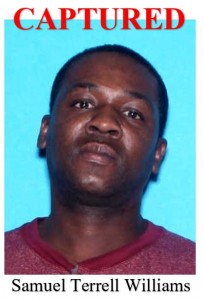 Williams, taken into custody in by Montgomery police on June, had outstanding warrants for Contempt of Court and Attempted Murder. These charges are unrelated to the Lowndes County Murder investigation.

Police wanted Williams for questioning in the homicide investigation of Mattaniah Dotson.