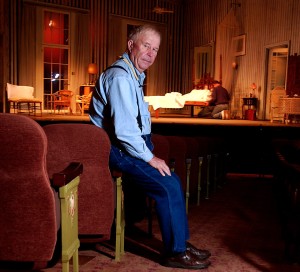 Ned Beatty, the indelible character actor whose first film role as a genial vacationer raped by a backwoodsman in 1972′s “Deliverance” launched him on a long, prolific and accomplished career, has died. He was 83.

Beatty’s manager, Deborah Miller, said he died Sunday of natural causes at his home in Los Angeles surrounded by friends and loved ones.

After years in regional theater, Beatty was cast in “Deliverance” as Bobby Trippe, the happy-go-lucky member of a male river-boating party terrorized by backwoods thugs.

The scene in which Trippe is brutalized became the most memorable in the movie and established Beatty as an actor whose name moviegoers may not have known but whose face they always recognized.

Beatty received an Oscar nomination for his role in the 1976 film “Network.” He also appeared in “Superman,” “All The President’s Men” and “Nashville.”

On TV, he played John Goodman’s father on “Roseanne” and as a detective on “Homicide” Life On The Streets.”

In all, he had more than 150 TV and movie credits during his career.

CDC Wants People in High-Risk Areas to Wear Masks, Even If Vaccinated