A part of voting rights history is in danger of being lost.

The four campsites used during the Selma to Montgomery March are in need of preservation. 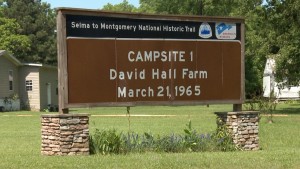 The David Hall Farm was the first campsite on the four-day march. It’s a part of voting rights history that has pretty much gone unnoticed over the years.

“A lot of people come but they don’t come here. Now every once in a while someone will stop by,” said McGuire.

In 1965, Hall allowed marchers on their way from Selma to Montgomery — to camp out overnight on his rural Dallas County farm.

McGuire says her father was terrorized — and discriminated against — for his involvement in the march.

“I think it’s awesome, what he did,” said McGuire. 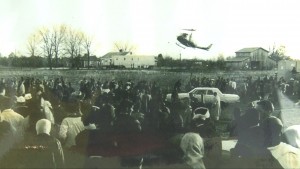 “I have to say — it made me feel quite great to know that my grandfather who was an unsung hero did such a heroic thing in 1965,” she said.

According to the National Trust for Historic Preservation — all four campsites used during the historic march for voting rights — are in danger of being lost. Unless some effort is made now — to preserve them.

The house where David Hall lived during the march — is still standing today. And his family would love to see it restored.

The second and third campsites are located in Lowndes County. And the fourth campsite is at the City of St. Jude — in Montgomery.