For Years US Army Hid, Downplayed Extent of Firearms Loss 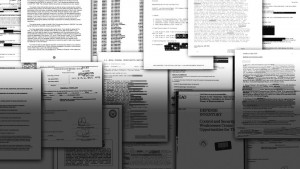 A photo illustration of documents gathered during an AP investigation into missing military weapons. (AP Illustration)

The U.S. Army has hidden or downplayed the extent to which its firearms are lost or stolen. Nearly 10 years ago, The Associated Press began investigating military weapons accountability with a simple question: How many guns have disappeared? A pattern of secrecy and suppression followed. Army officials refused to say, then offered answers that significantly understated the total. Eventually, the Army cited records that suggest only a couple of hundred firearms vanished during the last decade. Internal documents show the Army’s count is many times higher. Some stolen weapons have been used in street crimes. Army officials say they have strong security policies and thoroughly investigate missing weapons cases.

2 Arrested in Louisiana 1 in Alabama for Murder