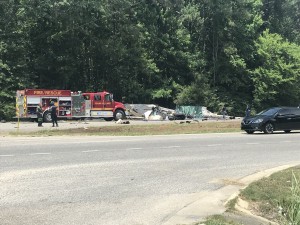 Alabama State Troopers have released the names of the two truck drivers who were killed in a crash on U.S. Highway 231 in Montgomery County Friday morning.

Investigators say the truckers were from Tupelo, Mississippi, and Crestview, Florida.

They say 58-year-old David Carpenter was driving a tractor trailer northbound when it ran off the highway, crossed the median and crashed head-on into a tractor trailer driven by 61-year old Richard Bennett, who was heading south.

State troopers say both men died at the scene.

As of late Friday night, both southbound lanes were still blocked.