Eight of the victims were aboard a small bus from the Tallapoosa County Girls Ranch in Camp Hill. Rescuers couldn’t get them out in time because the wreckage was on fire.

ALEA says of the 17 vehicles involved, seven were on fire when they arrived on the scene.

The only person on the bus who survived was the ranch director, who had been driving, Smith told CNN.

The director lost two of her own children in the crash, Smith said, and she is in a hospital in serious but stable condition. She was likely saved by bystanders who pulled her from the vehicle while she was unconscious and trapped inside, Smith said. 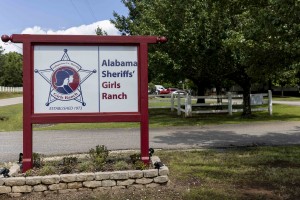 “Her life was saved, and we’re so blessed with that,” Smith said. “Unfortunately we lost the other eight passengers.”

Smith visited the crash site Saturday and said it was unlike anything he’d ever seen. The damage was so extensive that he couldn’t recognize his own ranch van.

The director has been with the organization for nine years, Smith said. She became the director of ranch life at the Tallapoosa County Girls Ranch 17 months ago.

“I just visited her today in the hospital, and she’s talking, and I was with her this morning and I went to tell her ‘bye’ and that I was coming here to the ranch,” Smith told CNN. “And she said, ‘Please tell my girls I love them.'”

The ranch is part of the Alabama Sheriffs Youth Ranches, which care for the state’s abused, neglected, homeless and dependent children. The Tallapoosa County Girls Ranch was opened in 1973. The girls who live there attend school in Reeltown. 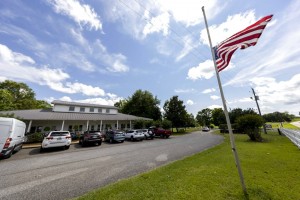 A GoFundMe fundraiser has been set up for the Tallapoosa County Girls Ranch.

People gathered at Reeltown High School in Notasulga this afternoon to offer support and counseling to the families of some of those killed in the accident.

Principal Clifton Maddox told CNN people had gathered to “show families and students that they are not hurting alone.” Four students from his high school were killed in the accident, Maddox said.

The other two people killed in the crash were a father and his nine-month-old daughter, who were from New Hope, Tennessee. He worked as a volunteer fire department chief and was a member of the Marion County, Tennessee, Emergency Management Agency, which is just west of Chattanooga. His fiancee is in ICU.

— Some information from CNN